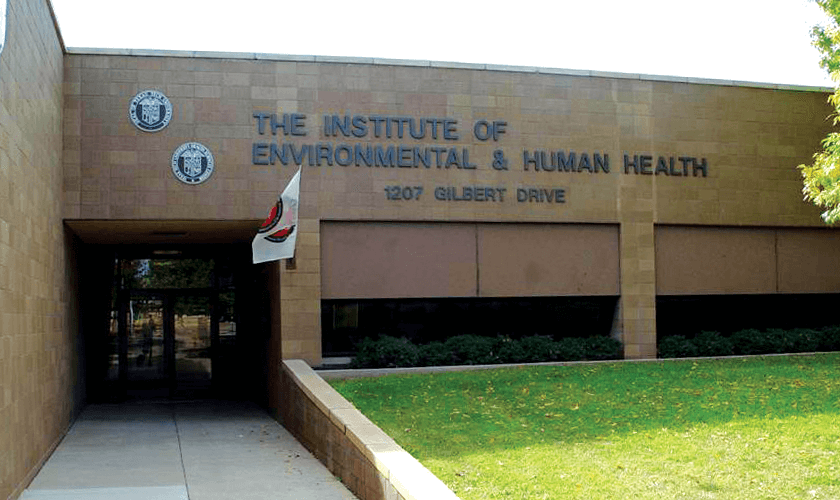 • Design and retrofit a complete lab exhaust system for an existing biology/environmental laboratory in a renovated university science building.
• Minimize installation labor and expense.
• Complete the project on a fast track to ensure use of existing grant money before the grant expired.

Housed at Reese Technology Center, The Institute of Environmental and Human Health (TIEHH), a research and academic program of Texas Tech University, contains a series of environmental laboratories that previously served as engineering work bays when the Center was still active as Reese Air Force base. This particular building was previously an Air Force civil engineering building.

One of the laboratories needed a canopy hood and rooftop stack system to capture and exhaust odors and fumes created during the search experiments.

Mike Halley of David G. Halley & Company, Greenheck's representative in Lubbock, Texas, reviewed the merits of Greenheck's Laboratory Exhaust System, TCB-LE with Don Gamel, Project Estimator with the Texas Tech engineering staff. Because the building had not been designed originally as a science building, there was very limited space on the roof for lab exhaust systems. The TCB-LEs compact footprint not only preserved valuable roof space but it also required only a single roof penetration. Another benefit - the TCB-LE stack is engineered to not require any unsightly guide wires. The TCB-LE was a cost effective alternative to standard field built-up fan and stack assemblies. In addition, the one-piece TCB-LE met ANSI Z9.5, UL 705 and ASHRAE lab design guidelines.

It was also important to Texas Tech that equipment maintenance could be accomplished easily for its staff. The TCB-LE provides safe, easy inspection and maintenance of internal fan components. By removing one access panel, service to the fan wheel, shaft and bearing assembly is accomplished without removing the fan from the system. This improved process not only is much easier, but also can be accomplished much more efficiently on the TCB-LE laboratory exhaust system.

After reviewing the information on the Greenheck laboratory exhaust system, Don Gamel and Mike Halley got together with Mike Powell of Anthony Mechanical, the mechanical contractor. Collectively, all agreed that Greenheck's lab exhaust system was the right choice for the project.

How does the exhaust system work? A high velocity exhaust cone incorporated in the TCB-LE displaces hazardous or noxious laboratory fumes high above the roof, preventing roof damage and re-entry of exhaust effluent into the building's make-up air system. An optional bypass air plenum and damper adds ambient air to the exhaust, to further dilute fumes and provides additional exhaust displacement or allows the TCB-LE to be applied to variable volume lab exhausts.

• A laboratory exhaust system that exceeds design and engineering specifications and space considerations.

The TCB-LE lab exhaust system was specified, built, shipped and installed within six weeks-well within the deadline to qualify for the external funding to cover the costs for this project. The client avoided a lengthy and costly installation process for a built-up system and is very pleased with the performance of the lab exhaust system. The client was also very impressed with the Lab Exhaust Systems stability in high winds and the fact that it does not require unsightly and cumbersome guy wires. The client is considering installation of more Greenheck Laboratory Exhaust Systems in other laboratories in the building in the future. 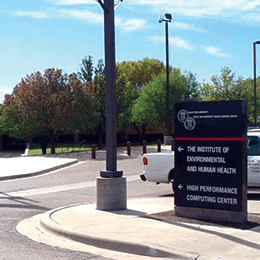 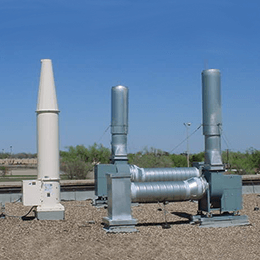