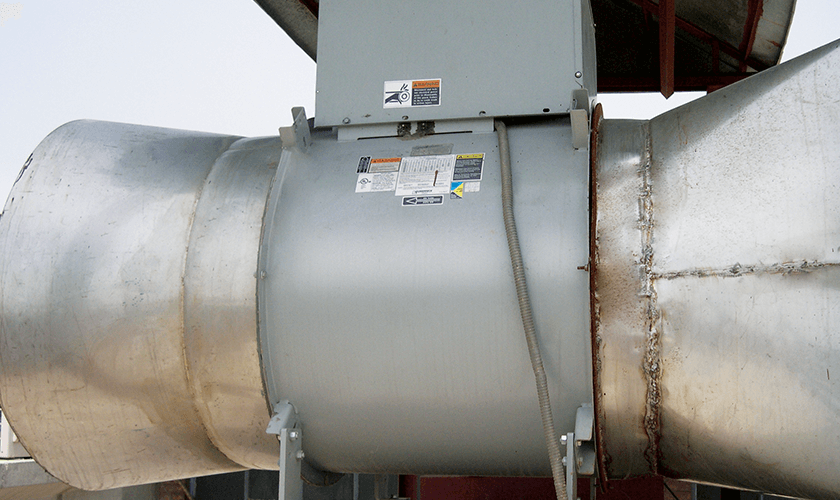 A plant renovation project at Sapphire Finishing Mills in Lahore, Punjab, Pakistan was completed in November, 2010. Sapphire Mills is one of the largest textile manufacturers and exporters in Pakistan and employs more than 14,000 workers. Sapphire produces a wide variety of woven and knitted fabrics in virtually any color, pattern and final finish imaginable. It supplies clothing manufacturers all over the world, including well-known companies in the U.S. such as Old Navy, The Gap and American Eagle. Sapphire Mills' production process requires that fabrics be washed, dried and dyed multiple times to create the beautiful and popular fabrics for which they are known. Massive volumes of steam are required for drying the fabrics prior to processing, and this steam must be exhausted at least 16 hours a day, six days a week. Sometimes, the plants operate 24 hours a day which places additional demands on the steam exhaust system. The challenge on this project was to specify and install exhaust fans that could perform reliably in a high temperature, chemical environment (due to the use of various dyes and finishing applications) for many years.

The fans being replaced had lasted less than two years and were severely damaged by rust. Temperatures in the steam exhaust area can rise to 50 degrees Centigrade.

Although these units are compact in size, they can achieve capacities of up to 96,000 cfm (163,000 m3/hr) and static pressures up to 3.25 in. wg (810 Pa). They are also easy to mount in any position and can be easily adjusted for optimum performance.

The combination of the cast aluminum impeller and sealed internal belt and bearing enclosure allows this product to meet spark resistant and harsh environment specifications. Each fan unit also received a PermaZ coating to resist corrosion from the steam. 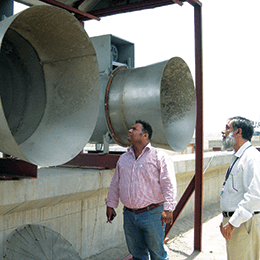