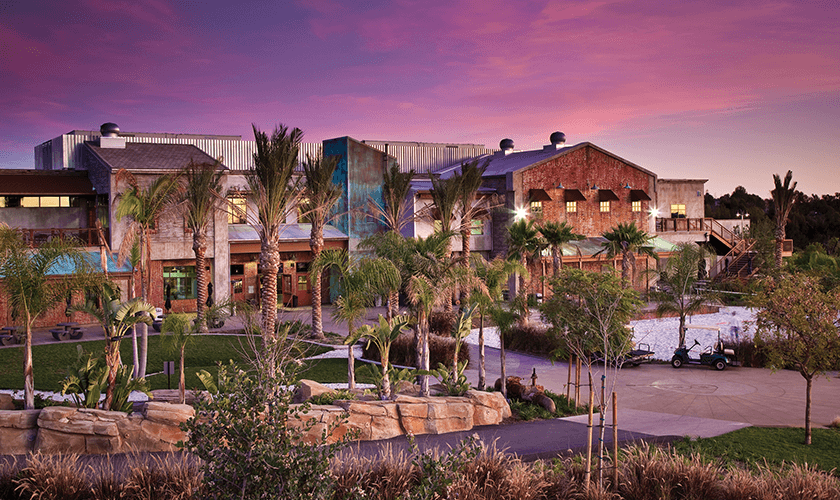 • Provide an energy efficient, reliable and low-maintenance way to exhaust air.
• Provide controllable fans that can be linked to the Building Management System for occupancy based ventilation control.
• Help support LEED requirements.

Construction on The Saddleback Church Refinery building began in June of 2006 and was completed in June of 2008. The new LEED Gold Certified, fully commissioned building serves as a campus resource and a community outreach for teens, college students and adults at the Saddleback Valley Community Church in Lake Forest, CA.

Craig Hofferber, executive vice president of the engineering firm H&P Systems, Inc. contacted Greenheck in June, 2006 to inquire about fans that could be controlled by a building management system (BMS). To save energy, Hofferber wanted to vary ventilation rates based on the time of day and occupancy of the rooms. Traditional fans run only at one speed and therefore cannot be varied based on demand. The main challenge was finding a cost effective fan that could run at multiple speeds. Single phase speed controlled fans using permanent split capacitor motors have limited turndown capabilities, and are inefficient at lower speeds. Using three-phase motors controlled by variable frequency drives were considered but found to be cost prohibitive for this application.

The following options were selected by H&P Systems, Inc. and Greenheck:

Greenheck fans with direct drive Vari-Green motors are cost-effective, energy efficient and easy to control. The Vari-Green motor is prewired with control inputs so any controller that can send a 0-10 volt DC signal can start the fan and adjust the speed from 350-1750 RPM. The fans were connected to DDC controllers. The controllers interface with the energy management system (ERS) and signal the fan to start and run at minimum speed during off hours and then ramp up when the area becomes occupied. Current transducers provide feedback to the EMS system for on/off status.

Electrical room exhaust and AV room transfer fans are silently controlled by analog 0-10 volt DC thermostats that monitor room temperature rise. Fans exhausting the rest rooms are controlled by the BMS to run at high speed during the day and reduce to a minimum exhaust rate when the building is unoccupied. Relief fans for economizer exhaust vary speed in response to building pressure caused by economizer system dampers. In this case, common relief fans exhaust excess air from the ceiling plenums in unison according to a single space pressure controller.

"The Saddleback staff is extremely happy, and we are happy with these fans as well," said Craig Hofferber, executive vice president of H&P Systems. "We no longer specify belt driven equipment unless direct drive fans are unavailable, and that rarely is the case. The fans we specify are variable speed with feedback capabilities so we know what they are doing in every given case."

All of the fans purchased for the Refinery have been installed and running for nearly two years now. They run maintenance free and alarm the BMS when a problem develops. Saddleback Church has used Greenheck fans with electronically commutated motor technology in other buildings for over seven years to provide the controllability needed in small single-phase fan applications where control of pressure or flow is critical to providing quiet, reliable ventilation for the building.

Information
Testimonial
"The Saddleback staff is extremely happy, and we are happy with these fans as well."
-Craig Hofferber,
executive vice president of H&P Systems 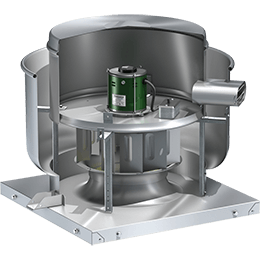 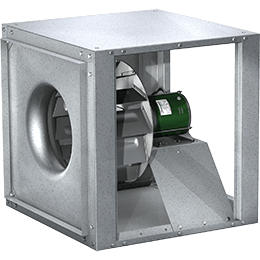