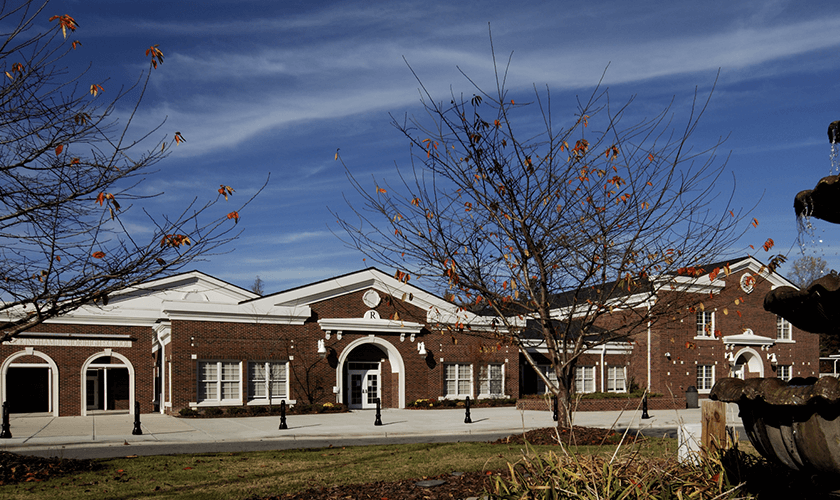 Richmond County Schools wanted to replace a 1920 classroom building with a new, three-story junior high classroom building in Rockingham, North Carolina, where hot and humid weather is common in spring, summer and fall. To simplify maintenance, the school district preferred to use an HVAC system in the new building that would be similar to the system already in place in other buildings on the campus, but wanted to avoid indoor air quality issues other new school buildings in the area were experiencing. In Richmond County, newly constructed schools with tighter, more advanced window systems have been experiencing severe mold and mildew problems because mechanical ventilation systems did not treat outdoor air independently. Existing buildings on the Rockingham Junior High campus were heated and air conditioned with unit ventilators and fan coil units connected to a two-pipe hot water or chilled water piping system. An air-cooled chiller produces chilled water during the cooling season, and a gas-fired, cast iron boiler produces hot water in the heating season. All ventilation is provided through the unit ventilators that are connected to the outdoors.

At the beginning of the design phase of this project, Doug Simpson, P.E. of United Engineering Group, Charlotte, NC and Steve Woodrow of Hoffman & Hoffman, Greenheck's manufacturing rep in Charlotte, suggested the owner install dedicated outdoor air systems to prevent the potential IAQ problems that could be caused by mold and mildew. However, the owner was very concerned that the first cost of such a system and future operating costs might be more than their budget could handle. Simpson and Woodrow explained that Greenheck's energy recovery units could help reduce first costs of a new chiller and boiler by requiring smaller units and also help lower overall system operating costs.

Ultimately, two Greenheck Energy Recovery Units (Model ERCH) sized at 7500 cfm and 7900 cfm capacity were recommended which allowed a 36 ton reduction in chiller capacity and a 129 Mbh reduction in boiler capacity. In addition, a unit ventilator serving a typical classroom was downsized to 1000 cfm of supply air, whereas a classroom unit ventilator which conditions outdoor air directly would have had to been sized at 1500 cfm. By using the two Greenheck ERCH units, the cooling load requirement of a typical classroom was reduced by more than 1.5 tons. And finally, more cost savings were achieved by installing a smaller hydronic piping system (which supplies water to the classroom units in the new school). This was possible because the use of the energy recovery units reduced system gallons per minute by an estimated 25 percent.

The Results
Although specific energy savings have not yet been calculated, atypical payback period for Greenheck's energy recovery ventilator units in this climate is less than three years. After one year of operation, the school's principal has said that he and everyone else are very pleased with the new building and the indoor air quality provided by the HVAC system.
Information 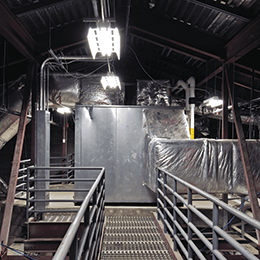 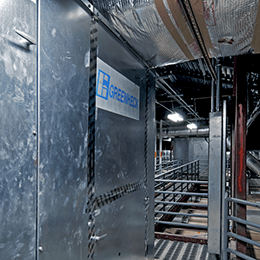