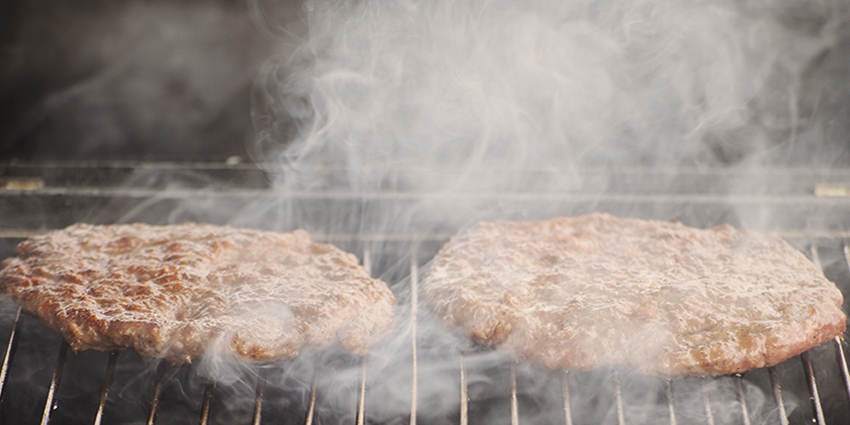 When is Make-Up Air Required for Kitchens?

Have you ever left a restaurant smelling like you’ve been cooking burgers for hours? If you have, it could be that the restaurant has a make-up air/exhaust system not working correctly. Selecting the correct make-up air solution for your kitchen can be the difference between your customers having an excellent experience or a poor one.

What is make-up air?


Make-up air is the air that is being supplied to a space (a restaurant in this instance) to make up for the exhausted air. This exhausted air in this case is grease or smoke that exits through a hood.

Why is make-up air important?


Building codes require make-up air in kitchens, cafeterias, and similar applications above a specified volume. Section 505 of the International Mechanical Code (IMC) states that “exhaust hood systems capable of exhausting in excess of 400 cfm shall be provided with makeup air.”

Aside from the fact that mechanical codes often require it, make-up air also plays a pivotal role in the function of an exhaust system. In the absence of make-up air, the exhaust fan removes air from the space creating negative pressure. The performance of the exhaust fan can diminish significantly as pressure becomes more negative. You might recognize a familiar example of negative pressure when your doors open difficultly. This increasing negative pressure can drop volume exhausted up to 30%. It reduces the ability to capture grease/smoke by the hood, allowing it to seep into the seating area making for unhappy customers.

What are the most common options available to make-up the exhausted air?

The make-up air solutions considered for most projects are:

The pros and cons of each option

Several factors need to be considered to select the best solution. These include initial cost, operating cost, level of control, and volume exhausted. Each factor needs to be carefully weighed to ensure that the most important needs are covered. The advantages and disadvantages of each make-up air solution follow.

Disadvantages of using rooftop unit for make-up up air

Advantages of using a louver or opening a door (Figure 3)

Disadvantages of using a louver or opening a door

When does it make sense to use a make-up air unit that will be interlocked with the exhaust fan in addition to a rooftop unit?

Restaurant situations that exhaust at or greater than 800 cfm often make sense to use a make-up air unit which is interlocked with the exhaust fan. Accommodating this amount of outdoor air volume with a rooftop unit only is difficult. Similarly, providing 800 cfm or more to the space when the kitchen hood is inactive will cause pressure issues. It requires more complex controls to avoid problems with pressure which would require the rooftop unit to cycle on/off frequently.

Using a louver or door for the make-up air above 800 cfm will not work well either. The air coming into the space is a relatively large volume of untempered and unfiltered air, resulting in a complete lack of control of temperature and air quality in the space. It is possible that this option could violate the IMC code in certain situations. The louver or door option could still meet code under certain circumstances. Much depends on the type of HVAC system or local climate. You should consult with a knowledgeable HVAC engineer. Still, a make-up air unit remains a better option.


Having make-up air always is a good idea when using a hood to exhaust grease/smoke-laden air. You need make-up air per the IMC, if exhausting more than 400 cfm. Using a rooftop unit to compensate for the exhausted air is common when exhausting less than 800 cfm. The volume is minimal, so the additional pressure and tempering control have a relatively minimal impact. However, a make-up air unit is the best option when supply air is at or above 800 cfm. A make-up air unit in conjunction with a rooftop unit is the best option to bring the space pressure back to neutral or slightly negative. This gives you the ability to temper the air to the specific needs of the kitchen to reduce operating cost. If the exhaust hood rarely runs and the climate is mild, opening a door or using a louver may be a viable option and an opportunity to reduce project cost. Remember, the make-up air solution used could be the difference between a happy customer and a disappointed customer.
Kitchen Ventilation Make-up Air 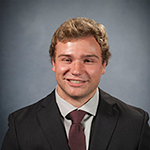 Benefits of Air Balancing and Commissioning for Make-Up Air Units