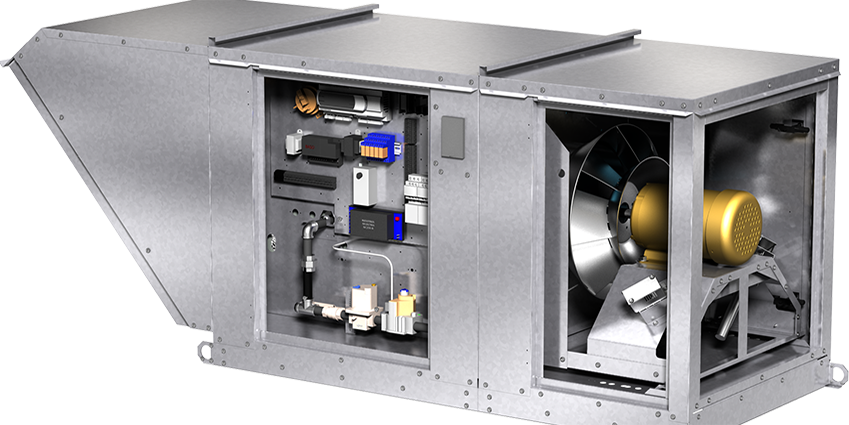 A mechanical ventilation system provides fresh, outdoor air, as well as heating and cooling to the space in most commercial buildings. The system design varies depending on the application and uses various components such as air-handlers, make-up air units, and energy-recovery ventilators. Each product uses different fan types to move air throughout the building. The energy consumed by the ventilation system accounts for roughly 28% of the overall energy usage of the system, primarily due to the type of fan used. However, significant energy savings is possible by applying high-efficiency fans in many system designs, especially in make-up air applications.

Forward-curved fans have a long history in mechanical systems. These fans are an economical and readily available solution to moving air. Forward-curved fans are well suited for handling high flow rates at low pressures. This fan type features blades that curve in the direction of rotation, with air pulled through one or both sides of the fan housing. The fans have relatively low efficiency, ranging between 55 and 65 percent. The design also is inherently overloading, meaning that the electrical power required steadily increases from shut-off to free air delivery. This problematic trait can occur during start-up if the fan is oversized, causing the electrical overloads to trip if system losses are overestimated.

Backward-inclined plenum fans are another style of fan often used in high-pressure applications. This fan features a single inlet and blades that slant away or backward from the direction of rotation. Backward-inclined fans may use different blade styles including flat, curved and airfoil. The spinning blades compress the air, forcing airflow in a radial direction, pressuring the fan compartment, rather than throwing the air out the discharge like forward curve fans. These fans typically are more efficient than forward-curved fans with peak efficiencies up to 75 percent. Unlike forward-curved fans, the backward-inclined fan is non-overloading, meaning the maximum required power occurs somewhere between shut-off and free air delivery. This feature makes the backward-inclined plenum fan less susceptible to electrical overloading if oversized or system resistance is less than expected. The fan’s robust construction for higher pressure applications often makes it the most expensive of the fan types discussed.


Mixed flow fans are a unique hybrid design between an axial flow fan and a centrifugal fan, where the airflow is directed both in the axial and radial direction. This design benefits from the high airflow characteristic of axial fans, as well as the non-overloading feature of backward-inclined fans. While their pressure capabilities are slightly less than backward-inclined fans, mixed-flow fans operate at efficiencies as high as 70% and operate at lower sound levels than forward- curved fans. When there are lower pressure requirements, mixed flow fans are an economical alternative to backward-inclined plenum fans and the higher efficiencies make it superior to forward-curved fans.

Mixed flow fan technology is revolutionizing the industry. It is why engineers, contractors and building owners are excited to see the technology in make-up air units.

Usually, one must spend more upfront to gain future savings on operating costs. Examples such as LED lightbulbs or electric vehicles have engrained this mentality in our decision making. Mixed flow fans buck this trend having comparable first cost and offering as much as 55% energy savings when compared to forward-curved fans! The secret is in the high operating efficiency of mixed flow fans when applied in moderate static applications such as make-up air. With higher operating efficiencies, the mixed flow fans use motors that are half the size of equivalent forward-curved fans, which lowers upfront cost and maintenance cost in the future.

Mixed flow fans are direct drive, meaning the impeller is directly connected to the motor shaft –eliminating the costs and maintenance requirements of belts, pulleys and bearings found on forward curve fans. Several times a year, belt drive fans require inspections for wear and tear, which may necessitate adjustments or replacement to the belts, pulleys or bearings. Costs to repair and replace these components can vary greatly depending on fan and motor size. Mixed flow fan equipped units have no belts, pulleys, or bearings, eliminating this expensive maintenance issue!

Ease of Start-up and Balancing

Make-up Air units equipped with mixed flow fans utilize a variable frequency drive (VFD) to control the speed of the motor and fan. The VFD allows for soft starts and stops, infinite speed adjustment, motor protection, and the ability to operate in variable volume applications such as commercial kitchen make-up air. Adjustments to fan speed are easy when using the VFD keypad. Belt-driven fans require alternate belts and pulleys to accomplish airflow adjustments unless equipped with a VFD.

New and innovative fan technologies are displacing the antiquated technologies and designs of the past. Mixed flow fans offer incredible benefits to all stakeholders in a building’s ventilation system with low upfront costs, easy maintenance and revolutionary energy savings. It’s time to embrace the future of make-up air. 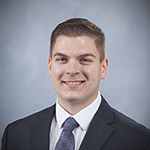 Greg Ewan
Greg Ewan
Greg Ewan is a segment manager for the make-up air business. Greg has been with Greenheck since 2006 and has held various positions including product manager, product development engineer, application engineer and controls application engineer for various business units within Greenheck. He has a Bachelor of Science degree in mechanical engineering from University of Wisconsin-Platteville and a master’s in business administration from the University of Wisconsin.