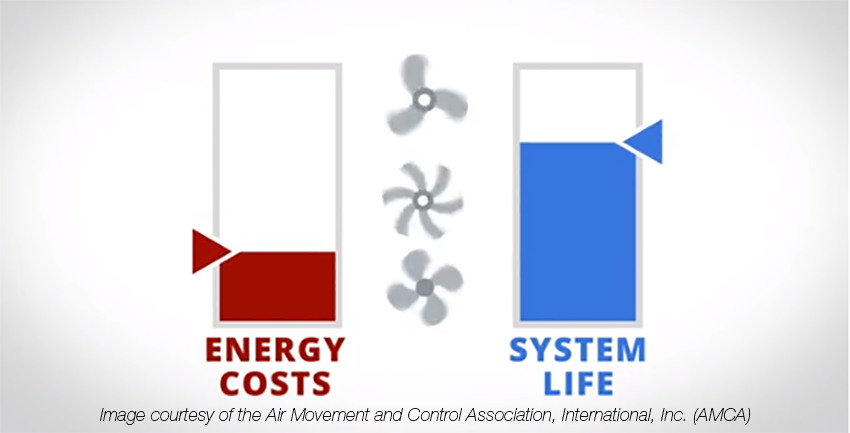 As the saying goes “The only thing that is constant is change.” As we all know, change isn’t always good. However in this case, changing to the new Fan Energy Index (FEI), replacing the much criticized and flawed FEG (Fan Efficiency Grade) metric, is great!

FEI replaces existing fan energy metrics in energy codes and standards, and is being considered for utility rebate programs. Understanding FEI and promoting it to engineers is of the utmost importance since it is being written into energy standards that will be adopted by local codes and enforced by code officials.

If the Actual Applied Fan’s Electrical Input Power is less, the FEI is greater than 1

If the Actual Applied Fan’s Electrical Input Power is more, the FEI is less than 1.

The FEI metrics intent is also simple… to reduce and save electrical power.

Using the FEI metric allows the input power for different fan selections in an application (duty point, CFM@ SP) to be compared, identifying which fan will save more energy (be more efficient). An FEI of 1.1 will save approximately 10% more power than a fan with an FEI of 1.0. Easy - peasy!

If a standard such as ASHRAE 90.1 requires fans to have a minimum FEI of 1.0, this means that fans with a lower FEI (say 0.85) will not be acceptable as they are using more electrical input power than the baseline power.

Previous metrics focused only on the fan efficiency or the shaft brake horsepower input to the fan.

The FEI metric includes electrical power input to the fan “system” including the efficiency impact of motors and drives. (Figure 2)

How will manufacturers show their FEI values?

The FEI metric can be presented in tabular form in a manufacturer’s selection program for various fan sizes (and models) that meet the applications design duty point. Those that are above an FEI of 1.0 may be highlighted. (Table 1)


On a multiple speed performance curve for a specific fan model and size, the FEI values can be shown as FEI areas or “bubbles,” again highlighted for values above 1.0. (Figure 3)

How accurate is the FEI, and what program certifies them?

Although any manufacturer can present FEI values for their fans, the only way to guarantee performance, efficiency and power consumption is by specifying and purchasing fans that have AMCA (Air Movement and Control Association) certified ratings. The AMCA CRP (Certified Ratings Program) is certifying manufacturers’ FEI ratings for specific fan models and sizing / selection software that supports FEI ratings. Project and code compliance can be accomplished by assuring that the fan submittals meet the projects specification documents requiring that the fans are listed in AMCA’s CRP and bear the AMCA CRP label.

Current Status of the FEI Metric

As of this date, Table 2 lists the current status of FEI in Codes, Standards, and Regulations: 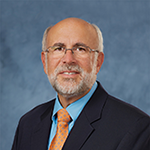 Tony Rossi
Tony Rossi
Anthony (Tony) Rossi has over 40 years’ experience in industrial ventilation including the past 17 years with Greenheck in Schofield, WI. Mr. Rossi is an active member in ASHRAE TC 9.10, Lab Systems. He has also served on both ASHRAE and ARI standards development committees, AMCA committees, as well the Education Committee Chairman for ASHRAE Central Indiana.